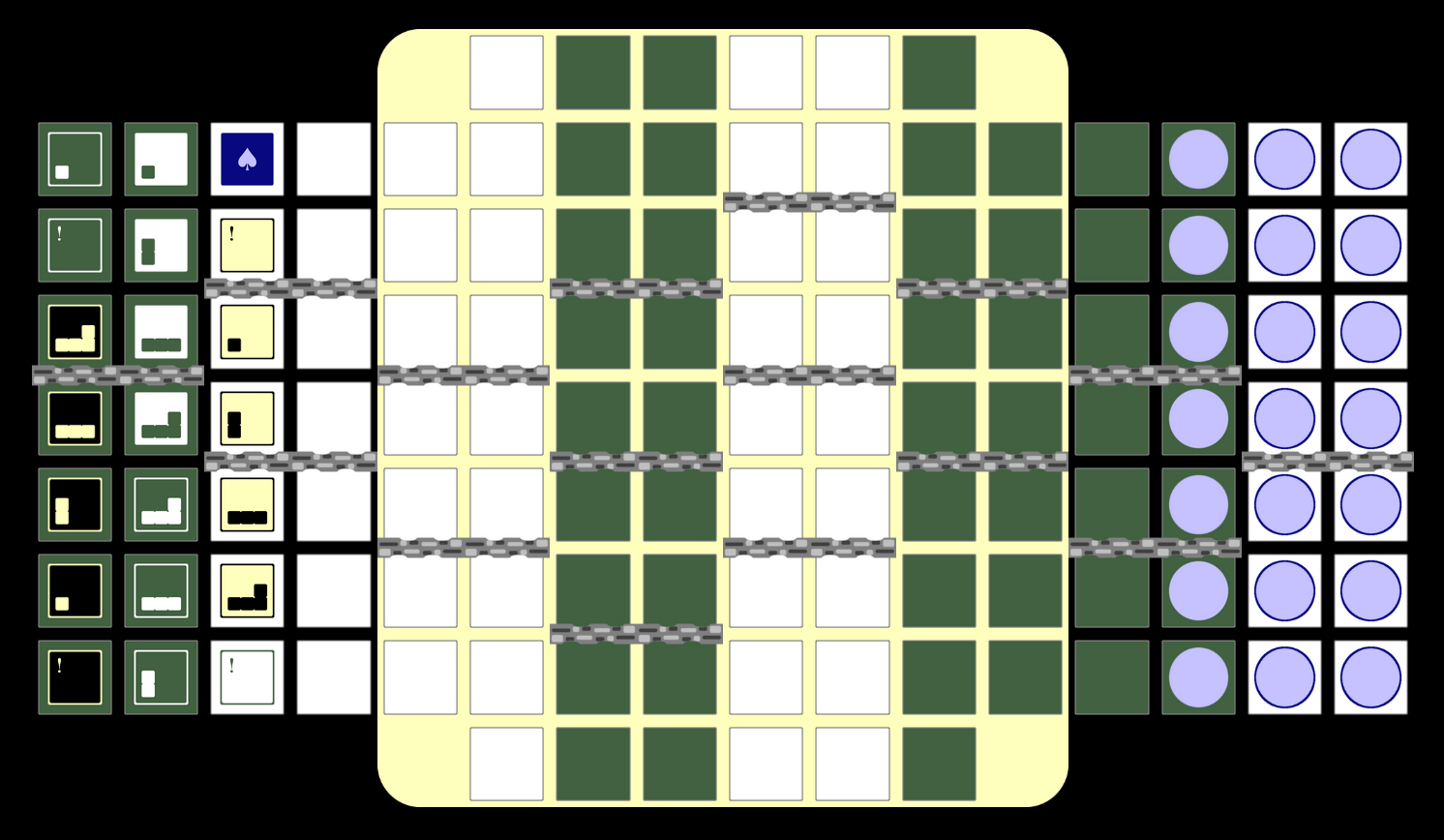 ContraPloy is a two player game. The playing board is shown above.  Each player has 21 playing pieces.  Your pieces appear as squares; your opponent's appear as circles.  At the beginning of the game, players arrange their pieces at opposite ends of the board.

The identity of each piece is hidden from the opposing player.  Furthermore, each piece's strength is based on its location on the board.

The object of the game is to move a single piece off the opponent's end of the board.  He who does so, wins.  Failing that, a player who is unable to move due to having no pieces, loses.

A piece may move any number and combination of spaces forward, up, and down, with restrictions noted below.  Forward is towards the opponent's end of the board.

Let's look at what we've described so far:

The yellow piece may move within the same zone (s) or into the next zone forward (n).

Now the yellow piece is one column forward.  But it still may move only as far as the next zone.

To keep things moving along, movement within the same zone has additional restrictions.  It is allowed only under these circumstances:

Within the same zone, the yellow piece may make a hostile overture against the opposing piece (h).

Now the yellow piece may move forward one column (e) to evade the opposing piece.

A lot to remember?  Don't worry, the site will ensure your good behavior.

The piece that is lesser in value is removed from play.  If the pieces are equal in value, both pieces are removed.

OK, here comes the tricky part.  As noted previously, the value of a piece depends on its location on the board.  The main idea is this: each player has essentially four types of pieces — some green, some white, some black, and some yellow.  Plus one blue piece.

Here is the full explanation.  On the face of each piece is an arrangement of little blocks:

(Notice on the white spaces, the piece with more white has the higher value.)

On the other hand, if the color of the background of the piece matches the board space or section, then the value of the piece is the opposite, or 9 minus the number.

(Notice on the green spaces, the piece with more green has the higher value.)